Rich Nuzum determines his clients’ sources of competitive edge and then matches them to investments that are less correlated to stock markets. In order to achieve diversification in an innovative way, he searches out the far corners of the globe for opportunities, often finding them where public market investment isn’t possible.

Of the $10 trillion in assets under consultation with Mercer, $4 trillion is in the growth markets, and Nuzum is responsible for building its wealth business in Africa, Asia, Latin America, and the Middle East.

“If you make an infrastructure investment in an emerging market, you get a different set of risk factors,” said Nuzum. “You get local per capita GDP growth and other risk factor exposures that are less correlated with global stock markets, and you can get a high expected return.”

Using acumen acquired from 25 years at Mercer, including living and working 11 years in Asia, Nuzum works to find projects that need investors for reasons other than money, such as technology transfer and operational know-how. He then digs deep into clients’ unique experiences and weighs their liquidity tolerance in order to make a match. 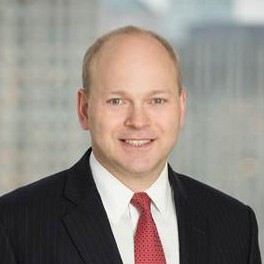 “The local government is picking you as a partner because you know how to run airports, or water treatment facilities,” he explained. “They may not actually need your financial capital at all, but, they’re willing to let you take an ownership stake and get a fair return on your capital in return for that technology transfer.”

This type of investment pairing is specifically relevant for those asset owners such as sovereign wealth funds, national security funds, and other large investors who aren’t chasing past returns, and who are seeking to diversify risk away from public market stocks as the market reaches new record highs after an eight-and-a-half-year bull market. Emerging markets infrastructure and real estate assets are particularly attractive to those who can tolerate illiquidity and complexity.

Nuzum’s advice for 2018 is to further increase exposure to alternative investments and hedge funds, which he admits can seem counterintuitive.

Although US stocks have had a long run, “one asset class can’t outperform forever,” he said. Nuzum believes the expected return premia to taking liquidity risk in private equity, real estate, or infrastructure versus equivalent assets that are publicly traded are relatively high, ranging from 2% to 4% over a full market cycle. “If you can lock in a 3% expected return premium, and get diversification, that’s a pretty good opportunity. Now, the reason I think that’s an opportunity for 2018 is, if you want to outperform in investments, you need to be early and be right,” he said.

During his career, Nuzum has worn many hats. He helped launch Mercer Investments in Asia during the 1990s, was an early proponent of licensing Mercer’s global manager research to large institutional investors with in-house staff through MercerInsight, which now has more than 150 subscribers representing more than $6 trillion in assets, and led the launch of MercerFundWatch.com. After returning to North America, Nuzum helped launch Mercer’s Dynamic De-Risking Solution and Pension Risk Exchange.

Nuzum was asked in 2008 to lead Mercer’s OCIO business globally, which has grown from $20 billion in assets under delegated management when he took the helm to more than $213 billion today. Mercer’s success as an OCIO, he said, has come from bundling strategic investment advice with delegated implementation. As an investment consultant, Nuzum has worked with clients in more than 20 countries, including some of the world’s largest institutional investors.

“Capturing innovation is the key to long-term outperformance,” Nuzum said, repeating his mantra that, “if you want to outperform in investments, you need to be early and be right.”

We’re eager to speak with you. Please provide your details below.
*Required Fields